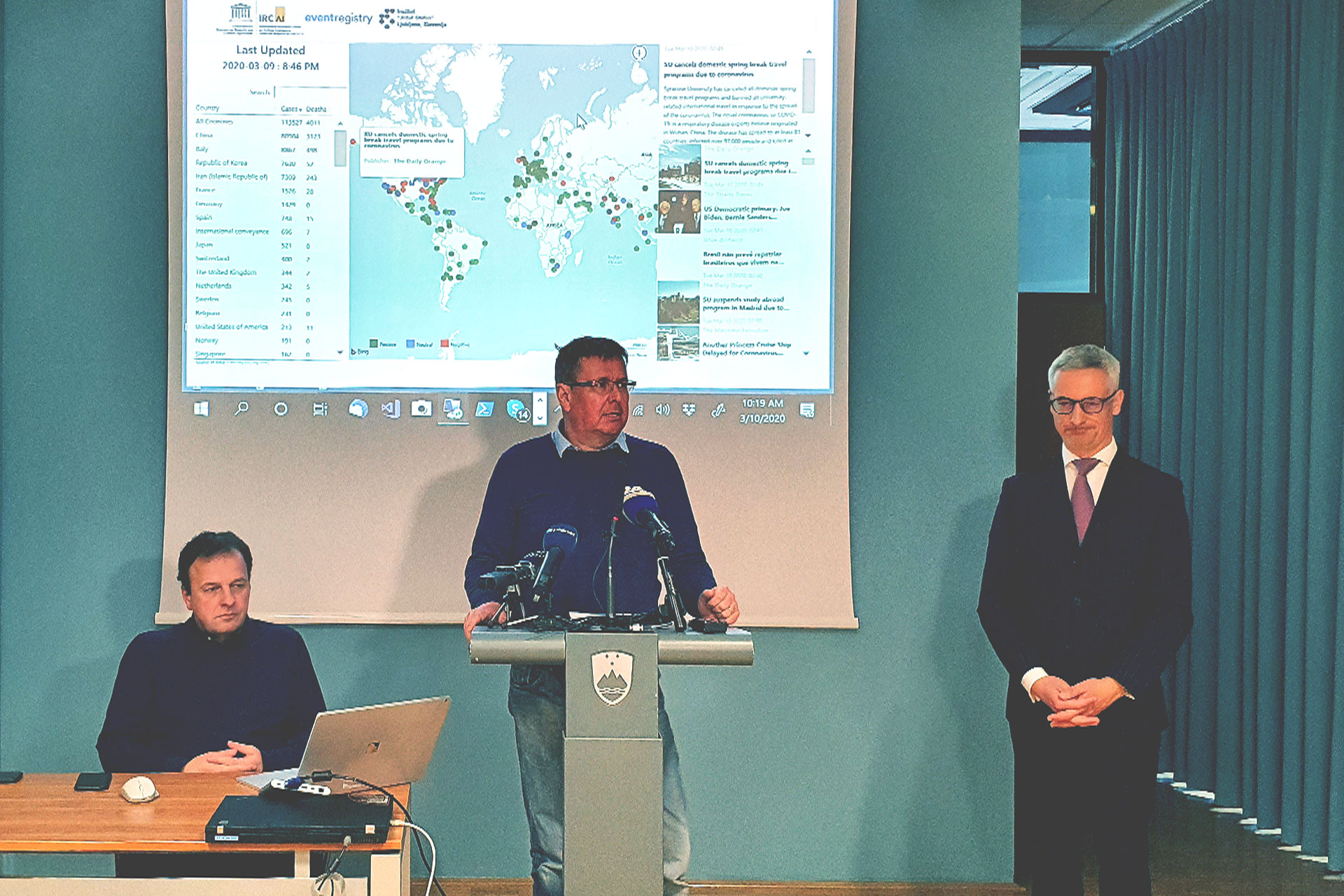 Slovenia’s Minister of Education, Science and Sport, Dr Jernej Pikalo, and UNESCO’s Assistant Director-General for Communication and Information, Mr Moez Chakchouk, signed an official Agreement establishing the International Artificial Intelligence Research Centre (IRCAI), which will operate in Ljubljana under the auspices of UNESCO.

Following the immense success of the 2nd World Open Educational Resources Congress hosted by Slovenia in September 2017 and the resulting growing recognition of Slovenia in the global environment, the Ministry of Education, Science and Sport put forward an initiative in 2018 to establish the centre.

In November 2018, UNESCO’s management responded positively to the initiative of the Slovenian Ministry of Education, Science and Sport and invited it to prepare a detailed proposal for the establishment of the centre. The Ministry submitted to UNESCO the upgraded proposal which envisaged that, in the initial phase, the centre would be part of the Jožef Stefan Institute in Ljubljana.

The final decision regarding the centre was adopted at the session of the UNESCO General Conference on 26 November 2019 in Paris, where all 193 UNESCO Member States unanimously approved the centre’s establishment with overwhelming support.

The centre will unite different stakeholders from all over the world who have a broad spectrum of knowledge. It will resolve global challenges, support UNESCO in studies and participate in major international projects in the field of artificial intelligence. The centre is to reach beyond the borders of Slovenia and Europe. It will provide counsel to governments, (international) organisations, legal entities and the general public on systemic and strategic solutions concerning the introduction of artificial intelligence in different areas. It will help to develop and expand capacities in various ways, including the establishment of assisting research centres around the world, the development of training programmes, the fostering of global awareness and setting up of networks for research and knowledge exchange.

The centre can be seen as recognition of Slovenian scientists and is the result of the successful cooperation between the Slovenian Government and UNESCO in the past, in particular in the field of open educational resources, where Slovenia has affirmed its status as a global and leading country in this area. The centre places Slovenia at the very top of global technological development. In particular in the field of artificial intelligence, Slovenia is also extremely active in other international organisations, such as in the OECD, the Council of Europe and in the European Union.  Recently, one Slovenian expert has been appointed as a member of the consulting team drawing up the text of the new UNESCO Recommendation on Artificial Intelligence Ethics.

The IRCAI will be the first global centre for artificial intelligence under the auspices of UNESCO and will also set a good example for other similar centres to be established around the world. Talks with Member States regarding further developments have already been initiated.